The food we eat has an impact on us, on our soul, on our body, on our taqwa on our piety and even our children and grandchildren, the genes within us.

Given that you ate it by accidentally, you might not be guilty of a sin, but the consequences of doing so will still exist.

Islam is a complete way of life. Almighty Allah has created us and gave us a law to lead our lives in a peaceful manner. Allah swt blessed us with Islam for our own good. The law of Islam deals with everything related to our life.

It is the duty of every believer to obey the divine laws. In fact, The primary purpose of Humans on Earth is to worship Allah alone. The true sign of a believer is when he or she submits to the will of Allah and follows the divine laws obediently. 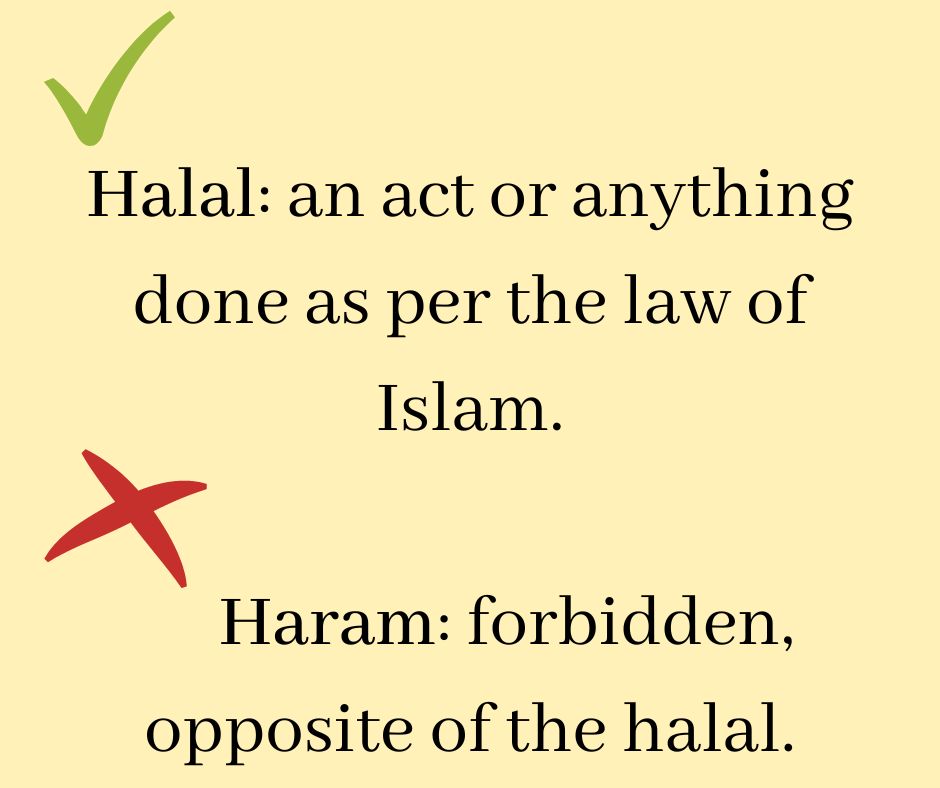 All the creatures in the world have been given life by the by Allah. So, nothing gives us the right to take away the life of any creature without any reason.

Slaughtering certain animals like Goat, Hen, Cow, Camel, Rabbit etc. for food is allowed in Islam. The only condition is that the animals should be slaughtered in the halal way.

No false deity must be invoked when slaughtering that animal. Instead, it is necessary to recite an Islamic prayer while slaughtering the animal. Only meat that was cut in a Halal way is allowed to be consumed. Any other meat is totally haram (forbidden) to consume.

What to do if you accidentally eat non halal food?

If you accidentally eat non halal food and then, you came to know that it is haram then emit the food what you ate and leave the rest of the food.

Do things to compensate for the negative effects of haram food.

Acts that purify you from the effects are:

First and foremost, make sincere tauba (repentance) to Allah regardless of anything. A sincere repentance is enought to wipe out the sins that you have accumulated unknowingly.

Make sincere istaghfaar (seek forgiveness) and make a firm resolve to be more careful in future.

Give lots of Sadaqa

Donate with the intention of seeking repentance. Let this be your intention for giving Sadaqa: “Oh Allah, I seek forgiveness for committing this grave sin of consuming Haram food unknowingly. Please eliminate any impact that the haram food may have on my soul, my faith and my descendants”.

Your prayers will be accepted inshallah, because you have done this unknowingly.

Certainly NO, because if this is going to happen then every non halal food item (e.g: alcohol, pork etc) would be considered halal just reciting bismillah before consumption .The meat which is obtained by slaughtering permitted animal under predefined procedures is only regarded as halal.

It is for sure,that before you eat anything you should say bismillah

Allah subhanawa tala kept telling us about halal and haram be careful, watch out what you eat, what goes into your mouth. It has an effect on our imaan.

If you put a morsel of haram in your mouth the first thing your lips, teeth, tongue, throat, esophagus, intestines every part right to the back until it comes out everything will curse you why did you put this haram in me filthy , we don’t realize but it contaminates all your organs and they all curse , they will bear witness against us on the day of qiyamah.

The money we use, to buy those items must also be halal .

It is a sin to eat which is not butchered in conformity with Islam.

Haram flesh lacks blessings from Allah, it will certainly have impact on your faith & actions.

The most important thing is that before you begin to eat make sure you check that whether it is halal animal you are eating and then you should know that the animal is sacrificed in the name of Allah only then eat it, but if you come to know that it is not sacrificed accordingly then avoid it at all costs.

Even though the animal is allowed to eat, but you cannot eat it when slaughtered in haram way.

It is a privilege to eat something that was slaughtered in the name of Allah. So we hope that we will get the blessing of the food that we’ve put into our mouth.

“He hath forbidden you only carrion, and blood, and swine flesh, and that which hath been immolated to (the name of) any other than Allah. But he who is driven by necessity, neither craving nor transgressing, it is no sin for him. Lo! Allah is Forgiving, Merciful” (2:173).

“O ye who believe! Fulfill your undertakings. The beast of cattle is made lawful unto you (for food) except that which is announced unto you (herein), game being unlawful when ye are on pilgrimage. Lo! Allah ordaineth that which pleaseth Him” (5:1)

MAY ALLAH SWT BLESS US WITH GUIDANCE AND SINCERITY.

What does Islam say about Pets?